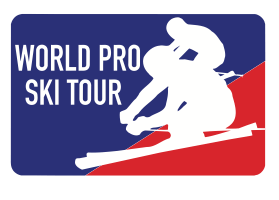 Bob Beattie created the original World Pro Skiing Tour in 1969, devising a format in which racers skied side-by-side in parallel set courses in a single elimination bracket system. Famous U.S. Olympians of the day, Billy Kidd and Spider Sabich, were among the first Tour champions. Later, triple Olympic gold medalist, Jean Claude Killy and other top racers joined the Tour. World Pro Skiing spanned the globe in the 1970’s and 80’s, offering significant prize money and television exposure to professional ski racers, who attracted a loyal fanbase with their world class athleticism and charisma. With the endorsement and support of the Bob Beattie Ski Foundation, the new era of the World Pro Ski Tour realigns with the goals and spirit of Bob Beattie’s tour.

“Beattie crafted the most exciting ski racing format for fans, which was his focus,” said Mike Hundert, Chairman of the Bob Beattie Ski Foundation. “The head-to-head format was perfect for television which in turn provided massive exposure and countless followers. Our support of the WPST brings pro ski racing back full circle and serves to cement Beattie’s remarkable legacy.”

“We are setting the stage for incredible events and prize money that will make dual-format pro ski racing a viable career for young athletes,” said Dan Leever, Chairman of the newly restructured World Pro Ski Tour.

“We owe it to Bob to carry it forward to a new generation and provide an opportunity for today’s young ski racers that will sustain a remarkable discipline,” says Billy Kidd, World Pro Skiing Champion and Olympic medalist. “This is the greatest opportunity for the skiers of the future to make a living at their sport.”

To participate in the revitalization of pro ski racing, visit: https://bobbeattie.org/donate

About the Bob Beattie Ski Foundation

The Bob Beattie Ski Foundation is a 501(c)(3) non-profit organization that advocates for expanding affordable access to skiing and ski racing. As a part of their programming, the BBSF supports youth skiing via scholarships, as well as the growth of ski racing from the junior to professional levels. The BBSF puts emphasis on the dual-racing, head-to-head format as made famous by Bob Beattie in the late 1960’s. More information about the Bob Beattie Ski Foundation is at: https://bobbeattie.org

About the World Pro Ski Tour

The World Pro Ski Tour is a nationwide tour of events where professional skiers race side-by-side in a single elimination format. Prize money and an overall World Pro Tour title attract Olympians and professional skiers from around the world. On-site spectators and TV viewers can watch all stops on the Tour in an exciting and easy to understand format. More information about the World Pro Ski Tour is available at https://worldproskitour.com

Click Here To Donate To Rebuilding The Pro Ski Tour