(January 10, 1945 – March 21, 1976) was an American alpine ski racer, a member of the U.S. Ski Team on the World Cup circuit in the late 1960s. He competed at the 1968 Winter Olympics and was the pro ski racing champion in 1971 and 1972. Sabich was killed by gunshot under controversial circumstances in 1976 while still an active competitor on the World Pro Skiing Tour.

Occasionally an American ski racer emerges who soars to success.   Once in a generation that person possesses the special potion that transcends individual accomplishment and elevates the entire sport.

The late Vladimir Peter “Spider” Sabich was one such superstar and super-persona.   Spider, who grew up near Lake Tahoe, caught the eye of University of Colorado ski coach Bob Beattie who offered Sabich a scholarship, starting a long relationship that would include Coach Beattie elevating Spider to the US Ski Team for the World Cup’s inaugural season (‘67).

Shortly after scoring fifth in slalom at the 1968 Olympics Spider notched his first World Cup win at Heavenly Valley.  In all, Spider had 18 top ten finishes in Olympic and World Cup competition, covering all three ski racing disciplines of the time, and was said to be Robert Redford’s inspiration for his starring role in Downhill Racer.

He rejoined Beattie on the coach’s new World Pro Skiing Tour in 1970, his charisma and winning ways helped bring media attention to the head-to-head format.  His dash-for-cash battles with countryman Billy Kidd, and French Olympic hero Jean Claude Killy are legend.   Kidd beat out Spider for the title in 1970.  Spider won the World Pro Skiing crown in 1971 and 1972., and Killy captured that flag in 1973.   In addition to ski magazines, Spider’s superstar status earned face shots on such others as GQ that raised skiing’s profile.

Beyond his championship resume, Spider was at the peak of his influence as ski racing’s premier ambassador in America when he was victim of a scandalous murder (March, 1976) at age 31 while still an active pro racer.   An American skiing hero, a humble version of Joe Namath, Spider drew media and fans to the sport.   His charisma was radiating and inspiring, especially around youngsters at every venue. “There was no better spokesperson for the sport,” Bob Beattie would say. 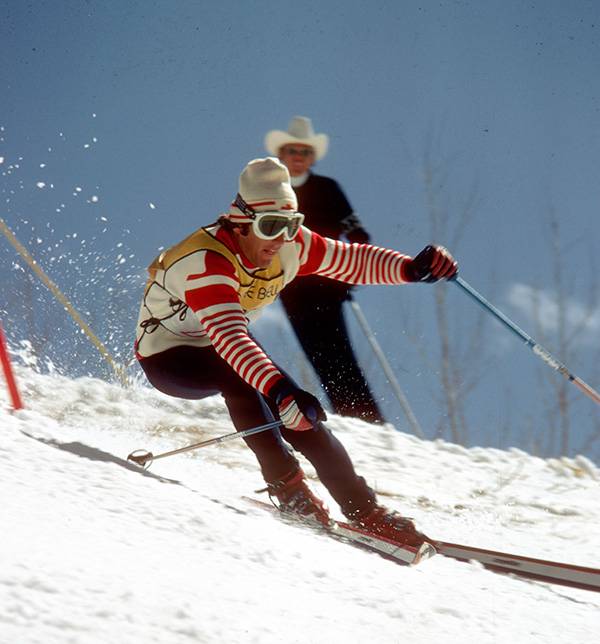 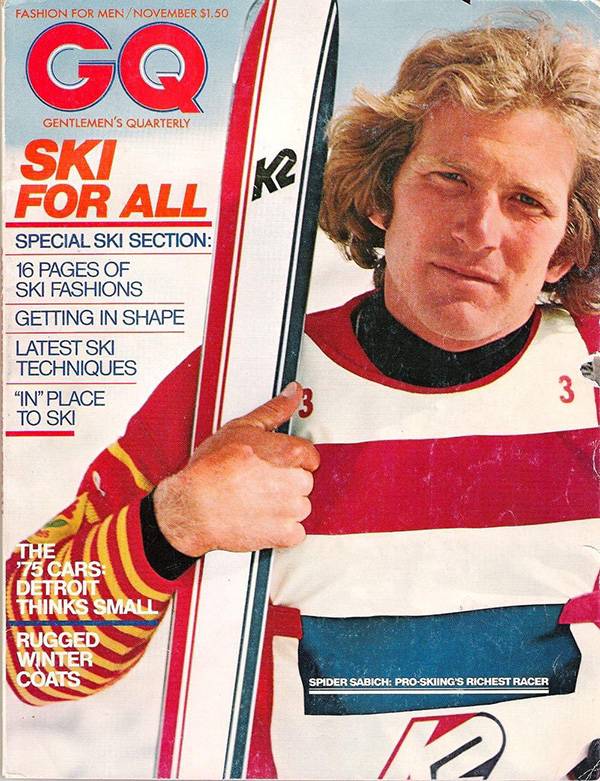 DONATE TO SUPPORT THE CREATION OF THE SPIDER SABICH DOCUMENTARY

Join us by supporting the production of the documentary of Spider Sabich and join the closing credit scroll of friends and fans who have made Spider’s story come to life.